Despite the weather forecast being pretty tame, the sun shone brightly on Elder Park – so much so that it felt like last week’s heatwave was still going. That didn’t deter the crowds from losing their minds to Loud Luxury’s first Australian set, or the reliably banging Anna Lunoe. With a stacked lineup including Nicki-bloody-Minaj as the festival’s closer, here’s everything that went down at this year’s FOMO.

In Adelaide, you get used to seeing the same people around the place. However, it was hard to shake the feeling that the guy in the striped yellow shirt was everywhere… until we realised that no, what felt like half the males in attendance were wearing the same thing. Here’s a compilation we “borrowed” from @ohhellocalum on Instagram: 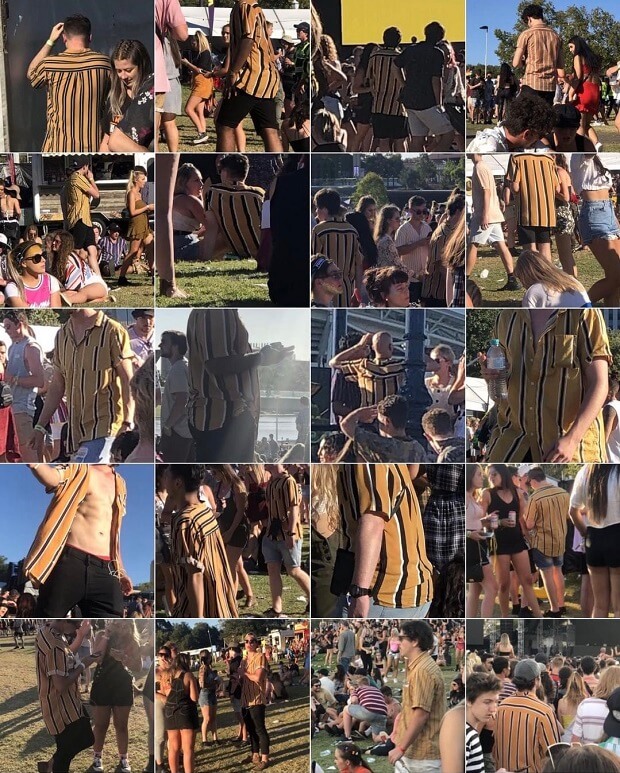 Those who weren’t dressed in one of these shirts ended up looking more or less like one of those Inklings from Splatoon: 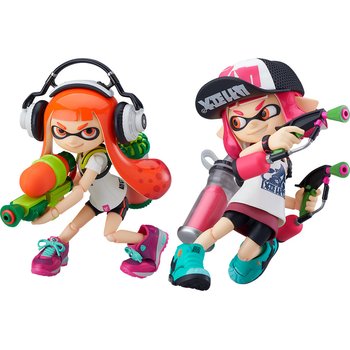 Festival fashion is truly unlike anything else in the world.

Rae Sremmurd Weren’t Entirely Sure Where They Were

Rae Sremmurd were one of the most hyped acts on the lineup for good reason: these guys are hype personified. Slim Jxmmi and Swae Lee were starting mosh pits, climbing up the stage, and going as HAM as the crowd was. It was a brilliant experience, but our favourite bit was when they accidentally referred to Adelaide as “Auckland.”
Given Swae Lee’s spelling of our city’s name earlier that day, we’re not entirely sure they knew where they were:

On the way to adalaid Australia 🤟🏽

It’s not like they needed to know our name to turn out one of the best day’s sets, so no harm done.

All The Acts Were On Time! (Almost)

The organisers of FOMO deserve some sort of award. Festivals, with multitudes of artists to coordinate, are hard to keep on track. It’s kind of like a doctor’s office – one person runs a bit late, but they still want to use their full appointment time, which makes the next person even later, and it all just snowballs a bit.

A medal, then, for FOMO, which had every act start more or less when they were scheduled to start. The intervals between sets were tight, and the momentum of the festival didn’t dip…

Until Nicki Minaj, the festival’s last artist, kept the crowd waiting for over 20 minutes. That doesn’t sound like a lot, but after how tight the rest of the festival was, it felt like we were watching the stage lights being adjusted for a lifetime. 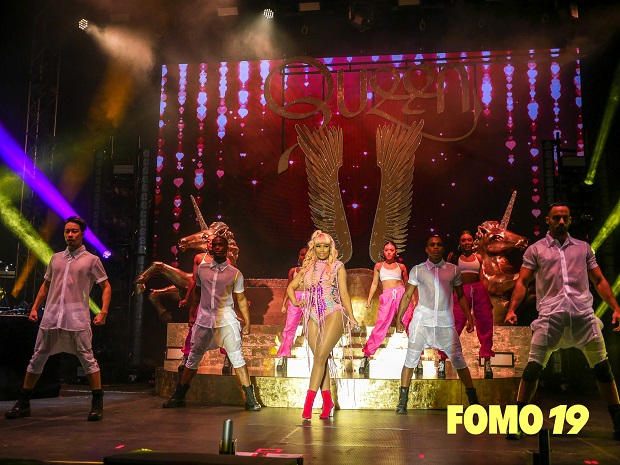 When Nicki Minaj Did Start, She Was Good

With 40 minutes to go until the festival’s end, Nicki Minaj justified the wait. She had a troupe of dancers and the most elaborate stage setup by far, but to be honest, she didn’t really need it. She has the charisma and the talent to hold a crowd by herself, especially when she get stuck into her more ferocious rap verses.

She cycled through an impressive number of hits in her 40-minute set, including a number of her recent guest verses on other songs. Still, you wonder what got cut from the set to ensure we finished on time. Her iconic ‘Monster’ verse? ‘Chun Swae,’ with a guest spot from Swae Lee? He was just on stage half an hour before her after all!

Everything Is Better With Live Vocals

In amongst a bevy of high-quality DJ sets, it was the live vocals that really stole the show. Kali Uchis demonstrated an awesome stage presence as she slithered across the stage to her funk-influenced set, and Mura Masa set himself apart by having Cosha join him for almost his entire slot! Cosha, who had her own set earlier in the day, popped up a few times on Mura Masa’s debut record under her former name, ‘Bonzai’ – but she proved herself just as adept at performing Charli XCX’s ‘1 Night’, or A$AP Rocky’s verses in ‘Love$ick.’