Thomas Green: BOOM revolves around the titular Thomas Green and his experiences living in Adelaide including his home life and his religious upbringing, his career in teaching, relationships, moving to the UK and the cultural differences.

I had the chance to meet Thomas during the 2018 Adelaide Fringe season for an interview, but wasn’t able to actually see his show. Fortunately, I rectified that this year and I honestly don’t think I’ve laughed harder than I did during Boom in quite a while.

Throughout the show, Thomas embraces all the hallmarks of Adelaide, including tuna mornay dinners made from mum, arachnid phobias and the terrors of Hindley Street. His witty stage presence mixed with his elastic facial expressions and impressions creates something truely memorable.

Some of the best humour of the night came from the unique audience participation that shows how small Adelaide is. For example, it was revealed that not only someone in the crowd knew a person he mentioned by name during a story, but that same family also had an old student of his during his time as a teacher. His reaction; “F**king Adelaide!”

Even during some of the technical issues during the opening night where the music timing didn’t quite match with the punchline, his quick thinking and banter managed to bring some big laughs.

Overall, Thomas Green: BOOM is a hilarious show that has a great performer that embraces the audience and his upbringing with so many funny and relatable stories. Check out the show and support a local.

Thomas Green: BOOM is playing at The Piglet in Gluttony until March 17th. 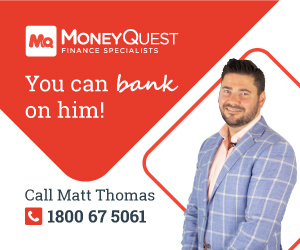