‘Tis the season to do absolutely bugger all and what better excuse is there to sit down in front of the TV and watch some awesome new stuff? Here’s a few highlights from all the major streaming services already here or hitting screens in the next few weeks.

Despite the slightly bitter ending of the original series, our favourite serial killer is finally back in Dexter: New Blood.

The series is set around 10 years after the end of the original, with Micahel C. Hall reprising his role as Dexter as he tries to keep his new identity a secret, all the while suppressing his killer (geddit?) instincts. If you’re a fan of the first series, or are even just a tad curious, I think you better get onto this straight away!

It seems when Jamie Dornan isn’t getting down to some, let’s just say playful, rumpy pumpy in Fifty Shades, he’s stuck in the Australian outback with a dash of insomnia

The Tourist stars Dornan as an Irish man who finds himself being pursued by a truckie trying to drive him off the road before waking up in hospital with no clue who he is. From there, it’s a journey of self-discovery through the outback to find out who he really is. Blimey…what a premise eh? I can’t wait to get my Sherlock Holmes on for this one.

You can catch The Tourist on Stan from January 2.

Since we don’t seem to be getting a new season of The Mandalorian any time soon, it seems The Book of Boba Fett will have to do. And I’m very, very down for it.

With Boba Fett seemingly taking Jaba the Hutt’s position, it looks to be a tricky time for Bounty Hunter (Temuera Morrison) who, along with Fennec Shand (Ming-Na Wen), will have to navigate the galaxy’s criminal underworld.

The Book of Boba Fett premieres on Disney+ on December 29.

We’re in currently in the midst of a reunion renaissance. From Zoom catch-ups during the height of the pandemic to the recent Friends reunion, everyone loves to float their nostalgic boat by watching actors from their favourite franchises get together and chat about the old days.

Harry Potter is finally getting that treatment and from the looks of things it’s going to be a truly magical experience (I’m so sorry). Most of the original cast including Daniel Radcliffe, Emma Watson, Rupert Grint and Robbie Coltraine are returning to celebrate the 20th anniversary of the first movie. I’ll certainly be donning my Sorting Hat for this one.

Get your wands ready when Return To Hogwarts drops on Binge on New Year’s Day.

Jimmy’s schtick is his quick fire, very dark humour and His Dark Material looks no different, including what he’s calling ‘career ending’ jokes. With everything going on in the world right now, I think we could all do with a bit of a laugh eh?

His Dark Material is streaming now on Netflix!

You’re always in for a laugh when Jeremy Clarkson, Richard Hammond & James May get together. Carnage a Trois is no different.

This is the second Grand Tour lockdown special the lads have done for Amazon and sees them investigating all things French car culture, from Renault to Peugeot. Naturally, they have to pit them against each other of course. This special truly feels like an old school episode from their Top Gear days which is definitely no bad thing.

You can suss Carnage a Trois right now on Amazon Prime Video. 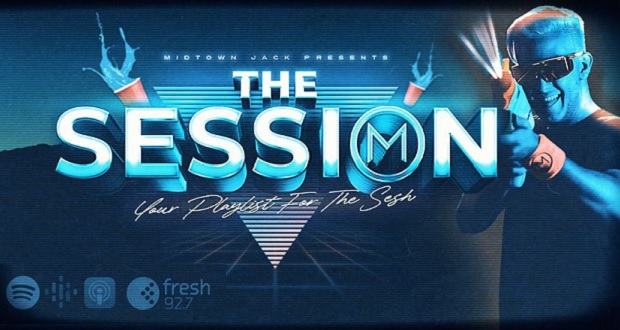