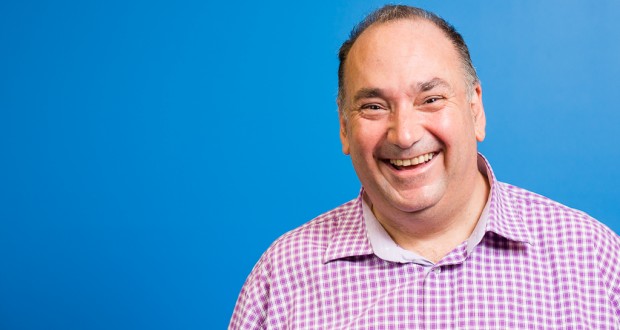 Andrew comes from a musical family his parents who entertained their friends played the guitar and piano accordion and sang Greek love songs at parties.

He started collecting Disco and Funk records in 1980 and started DJing at parties and social events whilst studying at University. His biggest event was playing at a Christmas Show in 1983 to over 2,000 people.

In 1983 Andrew moved to Canberra for work and also took up a residency at a nightclub playing disco, soul and funk.

Moving back to Adelaide in early 1984, he produced a weekly 2 hour club music show on community radio on three D FM 93.7. After over eight years he retired from on air broadcasting in 1992.

In 2005 Andrew was elected to the Board of Fresh 92.7 as Vice President and later in 2008 became President until retiring after 6 years in 2011. In that time Fresh 92.7 had experienced significant change growing its revenue, moving to the East End and implementing a new constitution.

The members of Fresh 92.7 conferred life membership to Andrew in 2012 and he currently sits as a member of the Fresh Foundation committee.

After a 30 year career in Adelaide Community Radio Andrew is passionate about the role that Fresh 92.7 plays in our society for our Youth and the wider Community in South Australia and beyond.

In his professional career Andrew is an information management consultant and entrepreneur having launched cloud services provider ezypayroll in 2003 and mitimes mobile time management for professionals. Andrew volunteers as a mentor for Start-up Adelaide at their weekend events and is a member of the marketing advisory committee of Pembroke School. He has two adult children studying at University.