In less than a few days, Adelaide’s time to shine is back with a welcoming return of the Fringe! So if you find yourself stumped with no plans for February 14th, especially if you are celebrating Valentine’s Day with your significant other, there will be plenty of diverse acts and opening ceremonies to participate in as the 60th Anniversary of the Fringe officially kicks off for 2020.

Adelaide’s biggest cultural playground will open to the public on Thursday night, right before the Fringe officially kicks off! Beginning at 7:30 pm, the Garden will provide a FREE taste-test of some of their acts through some live music and performances during the night. You’ll also get to see one of the newest attractions, 1000 Doors, made from the masterminds behind the House of Mirrors. The Garden of Unearthly Delights can be found at Rundle Park.

Located upstairs at the Belgian Beer Cafe ‘Oostende’, you’ll get to see a wide range of the finest acts from Britain, as seen from ‘Live at The Apollo’, Comedy Store and various Netflix specials. If you’re unsure to which specific comedian to see during the Fringe season, Best of British Live Comedy has got you covered as each night has four different performers. Previous acts include comedians like Sarah Millican, Jimmy Carr, Terry Alderton, Larry Dean, and Jimeoin. Tickets are available here!

The Fringe will give Adelaidians the chance to belt out their favourite songs with a public karaoke. Giant Sing Along welcomes all with open arms (and a field of microphones with judgement-free, built-in autotune) where family and friends can provide their renditions of iconic top hits or chant a nostalgic throwback from yesteryear. Screens with the lyrics will be provided in case you don’t know the songs off by heart. If you have a musical bone in your body, come find Giant Sing Along at Lot Fourteen.

A unique indoor cultural experience to engage, immerse and educate all who share the dreaming in light. After the Tindo Utpurndee – Sunset Ceremony, the official opening of the Yabarra will provide a story for the senses, as projected through light and sound to guide the audience through an interactive cultural landscape, sharing stories of Kaurna country along Tarndaparri. 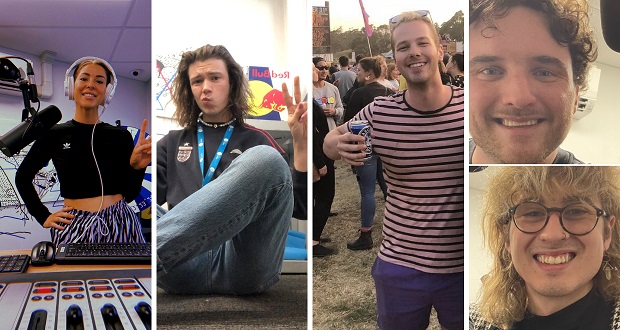