The countdown continues as we have a week and a bit left to go for St Jerome’s Laneway Festival! As we quickly reach February 7th, we now have set times and some surprising last-minute changes to the festival.

Taking place at Hart’s Mill in Port Adelaide, the gates will open at 11:30 am, with four different stages across the venue that will play the amazing variety of music.

Among the changes include Irish band Fontaines D.C. withdrawing their performance from the Laneway fest lineup. It was reported in their statement that due to their commitments of recording their new album, they had to cancel their Aussie tours. “It is with deep regret that we are no longer going to be able to perform at Laneway Festival or our other Australian headline dates across January and February,” says the band in their statement.

If you want to keep the night going, Lion Arts Factory is hosting a bushfire relief after-party with West Thebarton and The Chats headlining the show! For more information and tickets, click here!

Have a look at the full lineup and roster below: 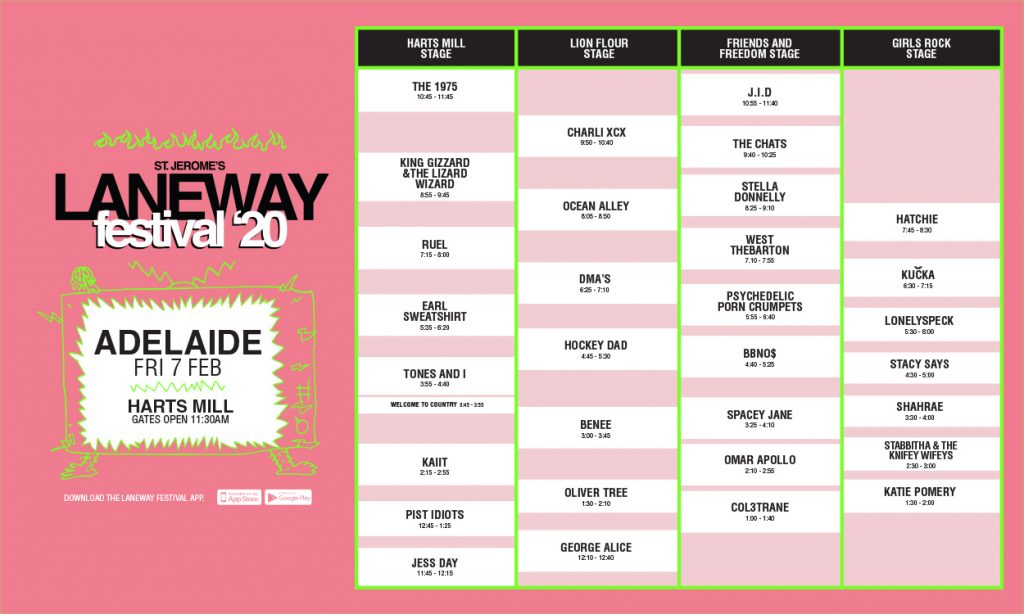