So remember back in late April when Sega fans across the world gave a collective outcry to the reveal of what the live-action Sonic the Hedgehog would look like?

You know, this weird dive into the uncanny valley: 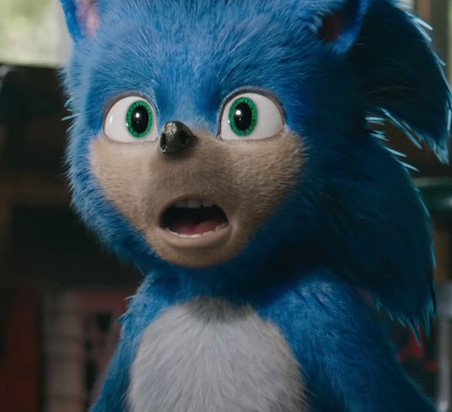 Well, the negative backlash created such an impact, that a few days after the release of the FIRST trailer, director Jeff Fowler announced that the team was going back to the drawing boards to change the design of our favourite blue fast running mate much closer to the source material.

Thank you for the support. And the criticism. The message is loud and clear… you aren’t happy with the design & you want changes. It’s going to happen. Everyone at Paramount & Sega are fully committed to making this character the BEST he can be… #sonicmovie #gottafixfast 🔧✌️

The Sonic the Hedgehog movie was originally supposed to be released tomorrow on November 14th by Paramount Pictures, but as the special effects team were given the task to work into overtime to change the design, the film has been pushed back to early next year.

Now that a NEW new trailer has been released (with the original trailer being deleted simultaneously), has the design improved?

Despite how you may feel about the look of the actual movie, its hard to not see that Sonic definitely looks much closer to the games. The fur is might brighter, there’s less of an emphasis on human teeth, he has the gloves and shoes back on, and he even has the classic monobrow gap thing over his eyes.

Looking through the reactions of the “Offical Trailer” tweet, it seems as though people are much happier with this new design.

Sonic the Hedgehog will race into cinemas on February 13th, 2020, so if you want to see the movie around Valentine’s day with your significant other, take comfort that the main character doesn’t look like a complete nightmare.