On the first day of Christmas Fresh gave to me some new banging tunes! Hey Freshies Christmas is on the horizon so here is a bit of an early pressie for you guys because we love ya’s! Hot new music coming straight out the oven like the first batch of ginger bread cookies. Enjoy!

Melbourne based DJ/producer Benson teams up with vocalist Rromarin to release his new track ‘Resolution’. Benson’s work is a testament of his talent; his work has been signed to such labels as Ministry of Sound, Sweat It Out, One Love and many more. After releasing a bunch of successful tunes and getting himself included into the Aria Club Charts, this young DJ has been on the rise getting praise from fellow DJ’s such as Fedde Le grand, The Stafford Brothers, Ajax and plenty more industry heavy weights. His new single ‘Resolution’ is a mellow dance track with an infectious bassline complimented with the sweet melodic vocals of Rromarin. It’s a perfect track to get a party started!

Two of Adelaide finest come together to give you a banger of a tune with their new single ‘118’. Krunk! who’s the would be heir to the Mitani chicken salt empire has been developing and refining his trademark musical style; a combination of melodic breakdowns and pace maker shattering drops that give off a festival ready big room sound. His sound has captivated audiences and fellow industry artist who’ve handpicked him to bring his sound to remixes such as Uberjakd, Bombs Away, Havana Brown and many more.  He delivers his trademark sound with his new single ‘118’ which features a drop that will get you jumping off your feet complimented by the high energy flow from rapper 3SIDEZ, this track is an instant club banger that will get bodies moving and club goers sweating!

In less than a Decade Timmy Trumpet has successfully transgressed from the international stage as an acclaimed Jazz musician to superstar DJ/instrumentalist in the realm of global dance music.  Timmy is ranked in the Top 5 DJ’s in Australia with gigs at Ibiza’s Pacha and Miami’s WMC along with playing some of Australia’s biggest club venues. His rise in the global dance music scene has rightfully given him the title ‘the busiest DJ in Australia’ Timmy Averages 7 flights a week and 200 shows per year. With massive tracks such as ‘Sassafras’ and ‘Freaks Feat. Savage’ his back once again to give you his new tack ‘Déjà vu Feat. Savage’ teaming up once again with Kiwi Rapper Savage to give you this hard hitting dance track. The track features an iconic Timmy Trumpet sound that goes hard along with the booming vocals of Savage that cuts through the hard bass. The track is reminiscent of ‘Freaks’ and it’s a club banger that will get the entire crowd off their feet. Banger!

Born in Zimbabwe by way of Adelaide Australia’s favourite female rapper returns with a surprise drop and teaming up with British producer Danny L Harle to give listeners ‘Bom Bom’. Tkay has had a meteoric rise in the industry with massive bangers such as ‘M.O.B’ and ‘Simulation’ which has made an instant festival favourite. Her new single is a funky dance meets rhythmic pop track that delivers a high tempo beat with an unforgettable hook that is club and festival ready. In typical Danny L Harle fashion he gives you a DIY dance meets house crossover. The track is infectious and it will instantly be cemented in your head with its catch lyrics. This track is a guaranteed summer banger that will get heads bopping at your next house party!

What So Not – Be OK Again Feat. Daniel Johns

Sydney producer What So Not has been spearheading Australia’s electronica revival with boundary –pushing bass since 2011. What So Not has been making waves with window-shattering remixes which include a remix of Major Lazer’s ‘Get Free’ which has been streamed 100’s of millions of time, while also making appearances at festivals and venues all across the globe. This time What So Not teams up with an Australian music icon Daniel Johns and former front man to one of Australia’s most iconic bands Silverchair.  ‘Be OK Again’ is a festival ready dance track that What So Not describes as a personal song for him, as he eloquently put in on his Instagram post. This track is experimental dance music that What So Not is known for with the enigmatic vocals of Daniel Johns cutting through. This track is not just a certified heater but a track of personal recognition for the Sydney producer. 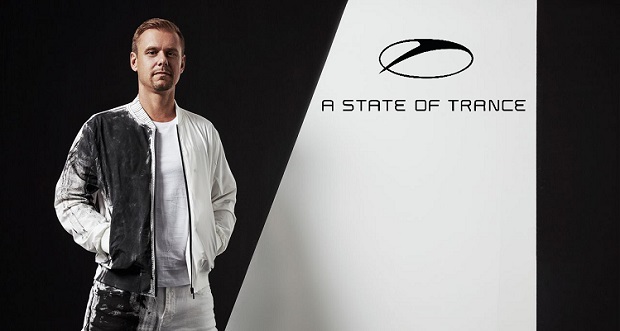